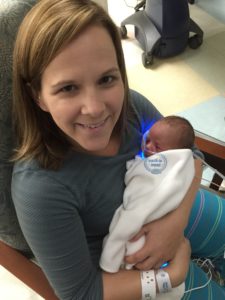 Life can change so, so fast—sometimes in ways that are exciting and invigorating. And other times in ways that challenge us to the core.  On July 2nd, I was enjoying life with my husband and 2 boys.  We were anxiously awaiting the arrival of our 3rd baby boy in August.  Yet, we were so consumed with life and had spent little time preparing physically for this new addition.  Our nursery was not ready, my hospital bag was not packed, our freezer was not full of food, and my belly was not big enough.  But, things changed.  Dale decided to come early.  He arrived on July 4th, 2015 and he will always and forever be our little firecracker.  I had a repeat C-section that went smoothly, but he did not think it was cool nor fun to breathe on his own.  He was whisked away to the NICU before I could even hold him.  And it was there that he hung out for the first 2 ½ weeks of his precious life.

That time was hard.  It did rock us to the core in so many ways—emotionally, physically, and financially.  I was a mom of three amazing boys.  I needed to be in two places at the same time—at home with my two big boys and at the hospital with my little firecracker who was fighting for his life.

Each day was a new day and each night was a new night.  When Dale was in the hospital, I realized quickly that things don’t slow down when the sun goes down.  I wanted to be with Dale day and night—to be able to hold and feed him whenever he was strong enough to come out of his isolate. Getting to and from the hospital was a challenge. I can’t even imagine the challenge if we did not live in Grand Forks—if we had to travel from out of town or stay in a hotel.  The NICU became my community.  The other families became my friends.  We talked birth weights, milligrams, breathing tubes, vitamin deficiencies, breathing rates, and so many other things new parents don’t normally have to even think about.  Having a place to be together with other moms going through so many of the same things was one of the things that pulled me through that difficult time. 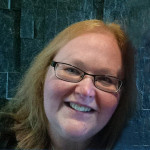 Dealing with an illness is one of the most stressful things you can go through. After tossing and turning one night, Laurel had to get up at 3:30 in the morning to make it to her diagnostic test at 5:15. White-knuckled and nervous, she made the hour drive on icy roads. Laurel made weekly trips to Grand Forks for radiation, chemotherapy, and countless other doctor appointments. Having somewhere comfortable to stay would have relieved a little bit of that stress. She wrote a song about the need for a hospitality home. 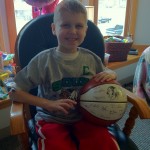 Our son, Jack was just seven years old when he was sent by air ambulance to Mayo and diagnosed with leukemia. Cassie was then faced with a situation she wasn’t prepared for like so many other people. The social worker added her name to the hospitality home waiting list and after a couple of days, she was able to move in for her six week stay. The house helped, eased some stresses/concerns and allowed her to focus on Jack and his treatment.

“I honestly don’t know what I would have done without the Ronald McDonald House.” – Cassie Gerhardt 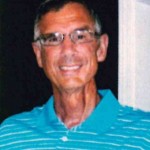 Hope Lodge in Rochester, MN was Terry’s home for seven weeks when having surgery, radiation and chemotherapy. During that time, different people stayed with him throughout his treatments, which played a positive part of his recovery. “Since Grand Forks treats so many patients who need extended stays, I feel building a facility such as Hope Lodge (hospitality home) would be invaluable. With all the stresses and hardships that came with my medical needs, having a comforting place to stay eased the burden for everyone involved.”

“I strongly urge support for this project, which will make recovery more comforting and less stressful.” – Terry Paukert

The Barstads have had several experiences at the Ronald McDonald House in Rochester due to both children having rare heart defects. “Without a hospitality home we would have had to get a loan to help pay for accommodations and food, which all add up after time.” Many nights community groups provided meals, activities and gifts.

“The care and compassion from people that didn’t even know us was comforting. I thank God for homes like these and hope one day, all cities will have a hospitality home. ” – Joanne Barstad

We’ve stayed at the Ronald McDonald House in Rochester because of affordability and location when tending to our daughter’s medical needs.   “A unique part of our stay was that several other kids who were participating in the “pain clinic” also stayed there which helped with everyone’s overall experience. It provided us the opportunity to be around other families sharing a similar experience. A home such as this is a blessing for people who live at a distance from medical services.”

Elsie was born six weeks early in Devils Lake, North Dakota and was immediately airlifted to Grand Forks. She was placed in the intensive care nursery, and the nurses needed to make sure Elsie was getting the proper nutrition to help her mature and develop properly. This required Laura, her mother, to be near her baby and provide breast milk every few hours.

Laura and her husband had been given a courtesy room at the hospital, but soon had to leave as room was needed for pediatric patients. Laura and her husband, John, decided that despite their biggest fear to leave their baby girl, they had no choice but to go to a hotel. However, they were concerned when they learned the baby would most likely be in the intensive care nursery for up to six weeks. This meant that John would have to go back home in order to continue working while Laura stayed with Elsie to provide breast milk and support.

When they learned of this extended stay, they were concerned about the cost of a hotel on top of their already mounting medical expenses. The average cost for a hotel room is around $90 per night and they knew her stay could add up to nearly $4,000 in hotel  and other expenses. Besides the cost of their medical care and the hotel expenses, Laura was not able to work, and was now eating out for every meal and having the additional burden of driving from the hotel to the hospital each time she needed to see her new baby girl. This family needed a hospitality home. 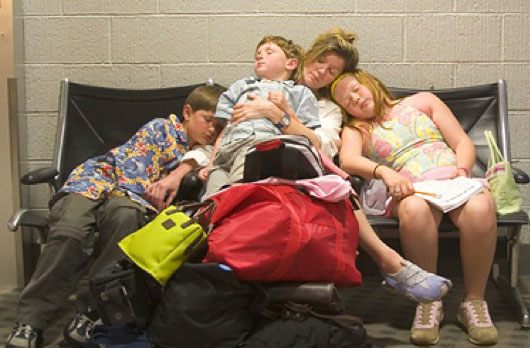 Meet the Anderson’s, the family of Jim Anderson. Jim is a 31 year old husband and father from Roseau, MN who was in a head-on collision and was airlifted to Grand Forks to receive intensive care. Sarah, Jim’s wife, upon receiving the news, immediately pulled the kids out of school, put them in the car and hit the road. They got to Grand Forks to later hear that Jim would be placed in the ICU until further diagnosis and treatments can be made over the next few days. Sarah, currently a stay-at-home mom, knows she can’t afford to eat out or get a hotel room. So after eating dinner from the hospital vending machine, knowing that sometimes hospitals will host families in empty patient rooms, she humbly asks a nurse if there is someplace they can stay. The nurse remorsefully tells her they are at capacity and that the best place to check is the waiting room. This is where they stayed for the next three nights. 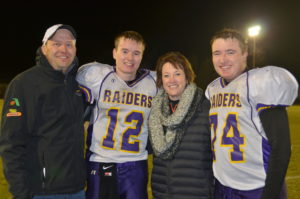 “In March of 1998, my husband and I were surprised when our first born son arrived 5 weeks early and ended up in the Intensive Care Nursery at Altru Hospital. We wanted to be at his bedside and helping to care for him during his time of medical need. However, on top of the cost of his expensive medical care, staying at a hotel or paying for gas to drive back and forth was an unanticipated expense we were not prepared for. We were blessed when someone we knew opened up their home in Grand Forks to us so we could be close by our son. Through our own experience, we know firsthand how beneficial a hospitality home would be when patients or their families need to seek medical care outside our community.”